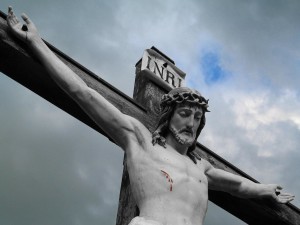 As everyone knows, two Muslim activists slit the throat of a priest, Fr. Jacques Hamel, in the parish church of Saint-Etienne-du-Rouvray, Normandy. Needless to say, this is a horrible and sacrilegious crime. We pray for the intercession for the soul of this brother in the Priesthood (who was ordained in 1958).
Many baptized people wonder if it is possible to consider this a martyrdom, in the strict “canonical” sense: that’s the word used, for instance, by the Superior of the French District of the SSPX, Fr. Christian Bouchacourt, who considers the poor victim a martyr killed by Islam “during a mass” in a church.
Witnesses of the life and the ministry of the old French priest, however, say something different. Fr. Harmel, in the same way as all followers of Vatican II, was actively involved in the “inter-religious dialogue” with the ones who deny the Trinity and the Divinity of Christ. The “mass” that the victim used to celebrate is the reformed one, the mass that the founder of the Priestly Society which Fr Bouchacourt belongs to called, rightly, the “mass of Luther”.
Unless one becomes a follower of the Wojtylian “ecumenism of the martyrdom”, it is impossible to recognise a modernist as a “martyr of the Faith”, although killed because he is Christian, especially if the word “martyr” is considered in its strict canonical sense. Indeed, the martyr testifies with his blood to the Truth of the Faith, as professed in life and in death. The Church Fathers have always denied the status of martyr to baptised heretics or schismatics, even if they have suffered and have been killed because they were Christians. Invincible (guiltless) ignorance can exempt the one who errs against the Faith from (formal) sin, but cannot make him a witness of Truth.
We should ask then whether what happened, and perhaps whatever will still happen in the future (God forbid), is rather a chastisement, not so much against the single victim of the sacrilegious hatred (Luke XIII, 1-5), but rather against the whole of Modernism, due to its impious favour towards the enemies of the Divinity of Jesus Christ and of the Faith in the Most Holy Trinity. Our Lord warns: “Unless you shall do penance, you shall all likewise perish”. These words should make us shake. Confronted with this call for penance, this warning of Our Lord with His chastisements, we see the call to abandon the apostatical spirit of the Nostra aetate declaration – giving its fruits that are evident to everybody – has not been received. On the contrary: Sunday, July 31, Muslims have been invited to preach in the profaned Catholic churches in France and Italy! No Catholic who does not want to fall into the ditch can take as a guide the blind leading the blind. No Catholic willing to save his soul and who does not want to perish in eternity, can follow those who consider as irrelevant – or at least de facto – the belief or non-belief in the Divinity of Christ and in the Most Holy Trinity. May God save us, save the Faith of the Catholics from Modernism, and may God spare us from the just chastisements with which Our Lord punishes and will punish the insult made to His Name.